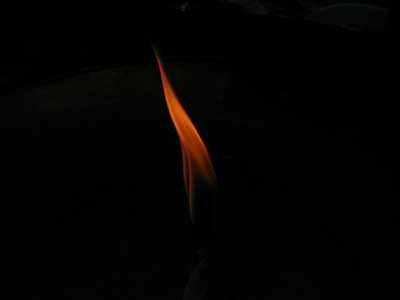 Leadership is a much spoken about and highly misunderstood subject. It is most often seen as a role of inspiration and motivation. But leadership that ensures a business’s success and its responsibility is neither of these—it is something very different.

Leadership in The Responsible Business avoids seeking to inspire and does not believe a leader can motivate others. In fact, no matter how well-intentioned, attempts to motivate discourage people from doing what is right and good. This is because real responsibility is about working with people and living systems in ways that evolve their vitality and grow them over time to more and more purposeful being.

We humans are at our best when we bring something that is distinctive and uniquely ourselves to endeavors that deeply matter. We are contributing beings; when we can’t make things better, we lose spirit and will. This is a matter of human agency, which comes from an individual’s self-initiative and awakens the spirit and will in them.

The very act of attempting to inspire people and motivate them to act towards someone else’s chosen end prevents such agency from rising. It prevents genuine personal and professional growth—and the continuing growth of people’s contributions to businesses.

Responsible business leadership is about ways to awaken agency in individuals and provide opportunities for them to drive work, to take on more, better, or grander pursuits and results. Leaders get mixed up when they think they can put agency “into” people. It can only be drawn out. For it to emerge, people have to engage actively in their own development.

Catherine Connelly is CEO of Merida Meridian, a global sustainable design studio and manufacturer of natural-fiber rugs. She committed herself to becoming a developmental leader long before she had a name for it. She easily admits her tendency is to pressure or inspire when something needs changing. Her aspiration is to develop her own ability to draw inspiration out of people in order to help them awaken their own motivation to create. Her method is to ask increasingly deeper and more probing questions.

As you watch Catherine struggle to stay in the developmental mode it becomes clear that she is growing simultaneously with the person she’s engaging. It would be so easy for her, as a very bright and experienced leader, to generate one idea after another. She cares deeply about each person who works for Merida, and the desire to give reassurance arises quickly when any member of the team is struggling. When she stops herself and manages her inner pull to step into the inspirer role, to do others’ thinking for them, something awakens in her. To see how she takes on the struggle is to better understand how human motivation and inspiration really work.

As a business evolves toward responsibility, the developmental approach becomes active in many of its arenas. For example, the developmental approach to land works to realize the essence and uniqueness of a place—its vocation and its work as part of the larger living system. Responsible developers seek to bring these out while making their own unique contributions to their endeavors. Discovering uniqueness comes from “seeing” something differently; some would say, “seeing it as it really is.”

We are all familiar with property developers who do not work developmentally. They strip land of its uniqueness and impose their own will on it. This is really no more shameful than leaders who do the same thing to their workforces.  In contrast, when a photographer is in the darkroom “developing,” she is seeking to bring out in a photograph something that she saw when she snapped it—something that was there but not visible to most people until she created its photographic image. Ansel Adams was known for his images of places that had been photographed by many others but never fully imaged until he “saw” them. He was renowned for this developmental genius, working patiently in the darkroom until the creative process brought out what he had seen with his eye.

The ability to develop a true image of what is present in a place is closely related to the ability to lead responsibly. The only major difference between them is that a leader uses her skill to help other individuals bring forth development from within themselves.

Create Opportunities. The job of responsible business leadership is to create the conditions in which human agency can be self-activated and the meaningful context in which it can be uniquely exercised. One aspect of that context is an opportunity bigger than anyone can accomplish alone, one that requires collective effort. It must seem to be impossible based on current capability and knowledge. This provides a larger motive to which people can attach their individual motivations, each in their own unique way.

The motivating opportunity must also be one worth pursuing, one that will go beyond the business itself to make a meaningful difference in the lives of stakeholders. Jim Collins said about this kind of opportunity “…” Opening this gap between the two poles of human uniqueness and meaningful contribution is the fuel for agency.

Engage with Questions. The philosopher Socrates discovered this in the fifth century BCE. His student, Plato, recorded the story in “dialogues,” from which anyone can extract the lessons of human development. Socrates had been a sophist, an orator who stood on street corners and inspired his followers to live a life filled with virtue. Our more recent version of a sophist might be Dale Carnegie and other popular motivational speakers.

Socrates noticed that people left sophists’ inspired but came back over and over to be re-inspired. When he questioned them, he was startled to find that sophistry had not moved them to change their lives in meaningful ways. Many of them had even lost hope that change was possible. As a result of this revelation, he created what is often called the “Socratic method.” He shifted from the effort to put inspiration into listeners to a method for drawing it out.

One of his most famous innovations was the art of philosophical questioning. He asked questions not out of curiosity or for information, but to move people to reflect and extract from themselves answers they did not know they possessed.  His questions demanded that people think in ways they hadn’t before. Many required reflection on how the mind worked as it explored for answers.

Socrates destabilized his students by teasing and insulting them, refusing their unexamined responses, and tenaciously insisting they were capable of more and better insights. The process required them to manage their reactivity while they worked on difficult and demanding questions. And, very importantly, Socrates never gave the impression that he had the answers, nor did he make himself superior to his students in any way. He always made it clear that he was in it with them.

Socrates understood that he was not just increasing his students’ ableness “to do” work. He was nurturing their ability to manage their own motivation and will. He was leading the development of character, the aim of all of the Sophists, with new methods that really worked. By engaging in his process, people discovered in themselves the courage and resilience to take on greater and grander challenges and to create more meaningful opportunities.