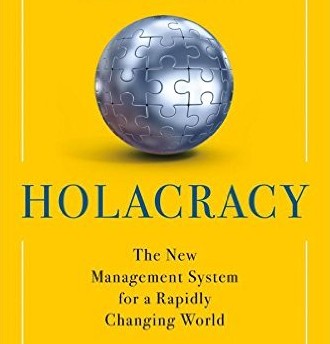 From Authority, to Autonomy and then to Ableness

In spite of claims in a Fast Company article announcing a founder of a new emerging work design, holarchy, the popular modern organization structure is not new, nor the first. Zappos is the example most currently used. However, the first version of the revolutionary idea of removing hierarchies happened in 1967 in Procter and Gamble, in Lima, Ohio. It was a new startup in the Soap Group and had more dimensions than the new version called holacracy, although P & G teams named their design, a Holarchy. That was because Alfred Koestler had just released his new book, The Ghost in the Machine. It was reviewed and discussed by the Lima engineers and operators in a reading group. So, by my count, the so-called “modern, new, revolutionary” work designs are about fifty years late at being first. And the prototypes, so far, are missing some of the more important features of the original and all of the evolution of the last five decades of work design.

Some of that original founding story is in the prologue of my previous book, The Responsible Business, because the creators of the real first innovation were my early mentors. I was the designated inheritor of the legacy and charged with taking it the next level. None of us assumed it was the best that would ever exist and, besides, it needed to be “a living idea.” I could see within about five years of designing the next versions of work system for pharmaceutical, chemical and forest product companies, that the concept needed a significant evolution. I did continue to call them holarchies for another decade until I realized even the name for it, certainly what I was doing now, was inaccurate. It came off a machine metaphor which was problematic. It needed a different metaphor and therefore, a different reference source if it was to evolve.

The Shortfalls:  Examining the Current Iteration of Holarchical Work Design

As I read and interview people on this current offering for management work design I find six shortfalls in the execution of the concept. The modern iteration is definitely better than the traditional management system it is compared to. However, it looks pretty good until it is compared to the potential of what could be. So let’s look at that.

It is not tied to what I call “systems actualization;”  the market and the ecosystem. It is about the company or business working well. The innovation and development potential is lost without committing to making big change in systems. Teams need to organized around a greater whole system the company affects to get the engines really moving.   The external work, and greater whole system is thinking about the customer’s future and innovation.  You need to make it everyone’s job. The concept is only about the work that is being done and is on the plate at a point in time. I will talk about how to build the “Mind of A CEO” in everyone thinking as a way to bolster the outcomes, using a management system.

This inner focus is evidenced in the idea that you have to be clear about expectations with other company members and not about the aspiration of customers. It has the mind fixed in a place that does not foster development or innovation.

It is better than a traditional management system, but not close to what is possible.

The current iteration is a schematic for Operations. The concept stays fixed. If work changes then there are changes in who is organized around the work, but the concept itself has not really progressed or evolved AS THE WORK IS DONE.  It has no real time change and is therefore not flexible enough. Changes are made by project and initiatives, not by how work is done everyday.

It is better than a traditional management system, but not close to what is possible.

Shortfall Three: Existence instead of Potential

The differences can be a bit hard to grasp until you play with it for awhile. The modern iteration is about what is currently made and done.  The structure is to improve what is already in the world of work. It starts from making that already exists, better. It is built off an existing idea and then improved. Starting from the future life of a customer and organizing around that is not possible. The work is not organized to make the instant change and evolution.

A result of this is the intention of only to problem-solving, not innovation. To delivery of promised orders.

Shortfall Four: A Fixed rather than a Developmental View

Carol Dwerk, in her best selling book Mindset, explains this well. We can see a child (or adult for that matter) as fixed in behavior character and level of intelligence, or see them as a work in progress and developing everyday in function, being and will or motivation. Even when acknowledging uniqueness, the current iteration assumes humans are perhaps even unique, but not developable; trainable, but not fixed. You will say no but look at the design. The development view of people is that they are not  complete and only waiting to use their skills. This is different than knowing that each has an essence and a potential evolution of their expression.

The fixed mindset is evident when the way to improve is based on training for skills and knowledge rather than education and development.

I stumbled over all thee things for years. They were lessons for me to learn and many companies think they are overcoming these four shortfalls until we look really closely. Then it becomes evident they are not.

The current iteration is better than a traditional management system, but not close to what is possible.

Why do these Shortfalls Arise?

Primarily because they are not anchored in a theory of change. I work from a set of core principles that are drawn from how humans achieve full potential and how all systems that humans construct actually work; including how humans are imbedded in other systems.  I evolved toward a design that uses the principles over three decades from where I started.  The current iteration is, however, not even starting from the form P&G hear offered up  in 1967.  Business designers of work systems tend look at how to improve current work, current conditions, current performance, without these principles and not how to realize more potential of each person, the business and the stakeholders— starting with those who keep you in business— the citizens who count on us to make their life work.

The Overarching Principles for Work Design

The current iteration leaves room for some of this to happen, but does not design it in.

External considering is the practice of always thinking about our effects on as many other persons and systems as we can conceive. It is offered in spiritual traditions as “do unto others as you would have them do unto you.” It is the stuff of responsibility and ethics. Most management system foster the opposite, internal considering which is where “it is all about me.” “How will this change affect me?” “How can I get my way in this system?”

Principle Three: Evoke Essence and it Expression into Work

Essence is not the same as uniqueness, although they are related in that no two essences are the same. They are singular. Essence is more about being than about what we do that is unique. How does a person take things on, express themselves and find motivation, that is uniquely them. It is an organizing pattern that is behind every living entity including each person and watershed. The real potential emerges when essence is revealed either directly or the way work is designed. You have to design work to evoke this. Most management systems promote common standards, procedures, and performance expectations which commoditize people.

Principle Four: Move from Being to Becoming

Most of life assumes we are fixed at birth and can gain skill by training, but rarely change our character and who we are. There are a few life events that we know may change our character; such as the birth of a child, death of a child or parent, or joining the military. But mostly we are fixed with only opportunities to be trained on functional skills to satisfy wants and needs of ourselves and others. In a becoming process, we work to understand things at a deeper level, and realize outcomes that are significant and meaningful beyond ourselves. We live a life congruent with a greater purpose. This is core to humans and rarely developed as part of work and management systems. Meaning has been the beacon of entrepreneurship that  arises at least once in every one’s life. It is possible to design work to make it happen.

Promising to do things that matter, for some external beneficiary and are beyond your ableness to do, awakens will to become. The biggest change that happened in my work designs was creating a deep and driving desire to grow and make a difference. Not to the company, but to the external beneficiaries. This is not instead of making sure the company does well, but as a way to ensure it does. Since the promises are to customers at their core, loyalty, margins and good will toward the business soars. But this requires a particular nature of design that eschews all rewards and recognition and embraces the most core of human motivators. The will to matter and the trigger it pulls on growing yourself to contribute beyond what you every thought was possible, is the biggest new driver in my work and management designs.

The idea of responsible business behavior is evident in Principle Five. But it requires being tied to a compelling strategic thrust from the business that exceeds the ability to achieve without everyone participating. So work design becomes intricately linked to a strategic pull and the corporate direction based in the essence of the company and the global imperatives it sees it can contribute to.  But they require the growth and contribution of everyone to succeed.  The Responsible Business gives more case stories of this happening in Fortune 500, midsize and small businesses.

Again, the current iteration is better than a traditional management system, but not close to what is possible.

And being fifty years late on entering the game and claiming to be first feels like a lot of hubris. I know I was there before you were and my P&G mentors a decade before me.

This article is the first of a five-part series. Sign up for RSS feed on how I do the things mentioned here, in four easy lessons.

Why I Know About This

I had the experience of P&G design members as mentors. And then forty years of experience evolving it to meet the principles. I have embedded it into the University of Washington Bothell’s, The Responsible Business Executive Education Program, to teach others, that along with the work design there has to be strategy and leadership development, for it to work. We offer a certificate program, distinguished speaker’s series, and a pitch mentoring competition for folks who want to embrace The Responsible Entrepreneur approach.  To learn more about the program, click here.