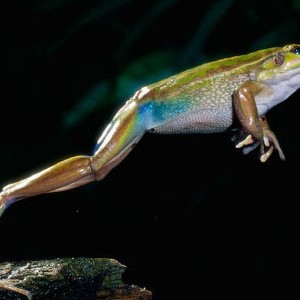 By Carol Sanford on March 17, 2016 in Blog, Management/Organization

Last month I began a series of posts on the concept of regeneration with a short history, a definition, and some fundamental ideas. The practice of regenerating businesses originated from Living Systems Thinking. Charles Krone, who was one of the pioneers of Procter and Gamble’s revolutionary work design, developed framework-thinking, which promotes the ability to see wholes at work. The framework used at Proctor and Gamble, which he called “Levels of Work,” helped enable P&G Soap employees to see markets, customers, and even soap making as living structured wholes.

The Levels of Work framework is an instrument for understanding of the different kinds of work we take on, in business and other activities. Using it well fosters a clear sense of the hierarchy of work and makes it possible to identify the level at which we are working when we’re engaged in a particular activity, such as creating a new product or improving a marketing practice. Krone named the base of the hierarchy “operating,” which he defined as getting things done and doing them well. The next level is “maintaining or sustaining,” which means keeping something at its highest level of function within a constantly changing system. The third level, “evolving systems,” is work that increases the capability of a complex system to evolve over time. The fourth level, “regenerating” is work that builds the capacity of a unique, whole system to make contributions that bring forth new value in an ongoing way.

For any organization or project to be successful, all of these levels of work are needed. However, much is lost if we cannot tell where we are or, worse, when we fool ourselves into thinking that we’re working at a higher level than we actually are. I often see this happen when people are attempting to innovate, to bring something new into being. The situation requires regeneration, but they are working at the level of maintain and sustain, seeking the solution to a problem.

When one sets out to work regeneratively, it is with the intention of finding the full potential of an effort that will proceed through seven phases of thinking and acting, each of which will build upon and interact with the others. Structuring an effort in phases rather than stages allows us to revisit earlier thought and action as we move along. In this second entry of the What Is Regeneration series, I will write about Phase One, which is an in-depth look at what is required to begin even thinking about working regeneratively. The task is to learn to discern a living, structured whole.

When my daughter graduated from Swarthmore College, Tim Williams, now a professor emeritus, awarded her a Distinction in Biology. She had refused to dissect animals and insects, studying them in motion instead, sometimes using imaging equipment. Despite challenging the requirement for her degree, she graduated Phi Beta Kappa.

In appreciation of her wisdom, when he made the award Professor Williams described his own related experience as a Peace Corps volunteer, serving as a teacher in a Zimbabwe village. For a biology lesson, he had invited his young students to capture frogs and bring them to class in jars. Once the frogs were assembled, he proceeded to demonstrate how to kill them with chloroform. As his specimen struggled and expired, the children froze and then screamed, and ran out of the makeshift classroom.

Very shortly, the local Chief arrived and asked why he was teaching the children of the village to kill frogs. Tim explained that is was necessary in order to dissect them, which was the first step toward understanding a frog. The old Chief, grinning toothlessly, got into a squatting position and began to leap and croak, in what Williams described as a perceptive depiction of frog behavior.  When he rose, he said, “You cannot understand a frog without a whole frog doing what frogs do.” He made Tim squat and hop and be a frog. He then removed the lids from the jars and watched gleefully as the frogs hopped back into the brush. Smiling broadly as he walked away, he added, “You have to feel the whole frog in motion to truly understand.”

What Is a Living Structured Whole?

Think of the human body, both literally and metaphorically. You know it is a living whole for one reason: it has structures, systems, and processes of its own.

Identifying open versus closed exchanges is fundamental to discerning living wholes. Closed systems always require the importation of energy from outside themselves, the way many houses rely on fuel brought in from foreign systems for the creation of warmth. An open system engages in two-way value-adding or value-extracting processes within its larger environment of nested wholes.

Other examples of wholes with structures, systems and processes that meet these criteria are a customer, an employee, a community, and our own planet Earth. Each has a self-contained and containing structure, systemic working systems to manage the recurring working of the whole, and processes that manage exchanges and extractions. One business example is a corporation, “the body of the whole.” Within a corporation, some business units are living wholes, with their own structures, systems, and processes. The corporation itself is a living whole within an industry. Schools are another example. They exist within school systems, which exist within communities—wholes operating independently within larger wholes.

Isolated pieces of things cannot be regenerated. For example, once a frog is broken into pieces, it cannot be put back together as an improved version of itself (although, with advanced enough science, a clone might be generated from one or more of its cells). It is only and precisely the structures, systems and processes of living wholes that can be regenerated, as the frog regenerates itself from moment to moment by eating flies within an ecosystem that thrives in response to the natural regulation of its fly populations.

In another example, a bone in a human body can reknit itself after a break, regenerating the skeletal structure and dependent systems of which it is a part. This is possible only within the context of the whole living body, which includes, among other activities and systems, the ingestion of nutrients and the unique DNA that guides the growth of bone within this singular person. It may also include aspects beyond the physical, such as spiritual wellbeing, which makes possible the will to maintain cheerfulness and optimism that supports successful healing.

Starting from parts rather than from whole systems inevitably leads to partial or unsatisfactory results. If we focus on a broken bone independently of the body that it is a part of, we won’t see aspects of the whole that must be taken into consideration in order to achieve healing. If we pursue a generic solution, we might prescribe a calcium supplement but we will miss the depression at the heart of the eating habits that led to a fragile bone in the first place. In this example, medical treatment that isn’t holistic results in a partial cure. In an analogous example, attempting to regrow a degraded forest without understanding its relationship with a local economy or its place within a larger watershed can never result in the vibrant ecosystem that we imagine when we say the words, “sustainable forest.”

Some Ways to Practice

In many quarters, medicine is moving toward a holistic view of human health.  Healers of all kinds are working together to imagine the creation of health for whole human beings rather than limit themselves to finding solutions for symptoms. This involves working to create vital structures and systems within uniquely individual bodies, and at the same time seeking ways to regulate the processes that whole persons engage in outside their bodies. This is a process similar to understanding a frog by observing it in motion in its place.

Fragmentation tends to be the default whenever we set to work on something. It is a powerful habit that affects all of our thinking and acting. Here are some ways to begin thinking in wholes.

1.  Use living systems frameworks to evoke questions that will help you discern the workings of a living whole.

A framework, such as the Levels of Work, is not a model. It doesn’t provide a pattern to replicate; rather, it invites recognition of the patterns characteristic of a living whole or the generation of new patterns. We use models for building houses and cars, but not for creating or regenerating living systems, such as homes, families, businesses, traffic systems, and ecosystems. A model, like a problem-solving process, generates answers. A living systems framework generates questions.

Another example of a framework is a set of first principles, such as the first principles of classical or quantum physics. Or, a simpler framework that is available for you to work with is the five-term pentad, around which I structured my book, The Responsible Business. The pentad is always used to looking at a system’s vitality, viability, and evolution. In this case, I used it to look at a business—customers, employees, suppliers, community, and ecosystem—as a single living system, rather than a collection of isolated parts and processes.

The thinking generated by a framework is not the same from one whole to another or, for a single whole, from one time to another. Using a framework repeatedly to rethink a situation or project invites higher quality reasoning, intuition and energy, as it reveals evolving connections and relationships.

2.  Examine the characteristics of a whole and make an effort to image it in mental movies or words.

A major challenge to people of the twenty-first century is to discard fragmentation and thinking from parts in order to develop minds that can see living wholes at work. Come join the disruptive dialogue at The Regenerative Business Summit and be part of co-creating the solution.  My next post, “What is Regeneration? Part Three” will have more to say about ways of discerning living wholes. Sign up for our newsletter at www.CarolSanfordInstittue.com. Follow our RSS feed at www.CarolSanfordInstitute.com/blog.

What is Regeneration? Part 1 – A Definition and Some Fundamental Ideas
Welcome | Carol Sanford Institute