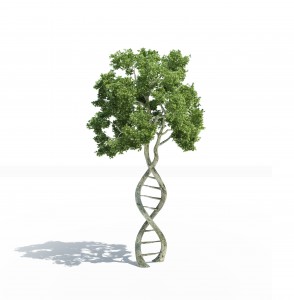 The term “impact investment” emerged in 2007 to describe an approach that deliberately builds intangible assets alongside tangible, financial ones. A commitment to measuring social and environmental performance with the same rigor that is applied to financial performance is considered a critical, even indispensable, component of impact investing.

We believe that dividing out the social and planetary from the financial is a fragmenting and artificial process. It allows no opportunity to move an integrated economic paradigm forward. We have worked for several decades with an ROI system that is designed to shift whole systems without division.

Our assessment instrument addresses seven levels of impact, sourced from the 7 First Principles of Living Systems. At each level, a specific, evolving way of thinking is required. This results in different scopes of engagement with increasingly impactful outcomes and an evolving sense of initiatives that may be productively taken on.

Intentions Intention includes whatever sources the choices a business makes. Intention evokes will and should be overtly and explicitly expressed in all aspects of business activity, including the accounting of financial returns.

Thus, when a business shifts its intention, it should make this apparent in all statements and actions. For example, when Wal-Mart announced their intention to reverse climate change, at the same time they also announced that they would report their own carbon impact as a number in their financial accounting. There would be no externalizing; what had been accomplished would be made explicit in integrated assessment reports.

Endeavors As we know, good intentions easily become dissonant with actions. They aren’t enough by themselves, but they are the beginning. They must be followed up with specific and significant expenditure on the business’s endeavors. This includes shifting budgets, particularly in the core revenue generators of marketing, sales, and product and service development.

Results At this level, consideration of a business’s net returns is added to the assessment, including specifically returns to the lives of customers and users and their expression in terms of the business’s earnings, margins, and cash flow. This is a stretch for most businesses, including even those that are socially conscious.

Effects—Industries Real impact begins with effects, not just for the business but also for a system of stakeholders. We believe that investing cannot honestly be called impact investing if it is not changing an industry as a whole, in such a way as to make other industries feel the need to compete and therefore change, themselves.

My book, The Responsible Entrepreneur, offers practices for changing whole industries and stories of businesses and investments that have accomplished it. Such change includes the financial success that awakens competition. Assessment at this level asks, “How are the businesses that I have invested in moving their industries?” This is the kind of powerful effect for which impact investment should be looking for. Financing is core to producing it.

Effects—Social Systems The next level of effect is shifts in the systems that people have created to manage their individual and societal lives. These effects go beyond helping a few people with a product or service, resolving issues and meeting needs. They are meaningful shifts at all levels in systems of governance, justice, education, and so forth.

Effects—Cultural Paradigms Cultural paradigms are beliefs about who belongs in a tribe or community and what is acceptable behavior or not. They are the root sources of exclusion and discrimination. Businesses are capable of bringing about change in deeply held cultural beliefs and behaviors, and more and more often they succeed. An example is the effect companies had on public opinion when they stopped convening and producing events in North Carolina as a protest against new state laws that discriminated against transgender people.

Effects—Governing Agreements The most complex level of assessment is effects on governing agreements such as constitutions, bills of rights, treaties, and regulations. Businesses like Google have been clever enough to use existing laws and the Federal Election Commission and Federal Communications Commission to bring about social change and to do it from a strong financial platform.

Most impact investors and most businesses work at the intentions, endeavors, and results levels, even when they are attempting to be socially responsible. They do not take into consideration how much more is possible, even for a small business.

For many years, I was an investor in Seventh Generation, as well as an educator for members of the organization. Together we built a strategy intended to grow the business, to serve customers well, and ultimately to shift the personal and home care industries and retail industry as a whole. We increased Seventh Generation’s revenue growth by 40-65 percent per year over five years. Seventh Generation products and marketing education helped customers realize their aspirations to become more conscious parents and better Earth partners. And Seventh Generation founder and CEO Jeffrey Hollender influenced Wal-Mart’s shift to high transparency and low packaging impact through his advisory relationship with Wal-Mart CEO Lee Scott.

Investors who wish to contribute to successes like Seventh Generation’s might consider upgrading to more impactful levels of assessment for managing their assets.

Learn the 7 phases to create strategic change within your organization.